Before & After Photos Or
Schedule an Appointment

We are very excited to announce the CoolSculpting has received expanded clearance for the treatment of the submental area, more commonly referred to as the double chin, which paves the way for the launch of its new CoolMini™ applicator.

The new CoolMini applicator is uniquely designed for small areas of fat, including the submental area. Over 500 CoolMini treatments have been performed to date as a result of pilot clinical work, clinical trials and our controlled European launch that commenced in June. The results, achieved in as little as 1-2 office visits, have been very encouraging with very high patient satisfaction and the same level of efficacy achieved with other CoolSculpting applicators.

Submental Before & After Results
A 2014 study conducted by The American Society for Dermatologic Surgery (ASDS) showed that approximately 67% of people were concerned with chin and neck fat, consistent with the previous year. Additionally, a recent study conducted in the United States revealed that 22.4 million people are interested in seeking non-invasive fat reduction solutions. 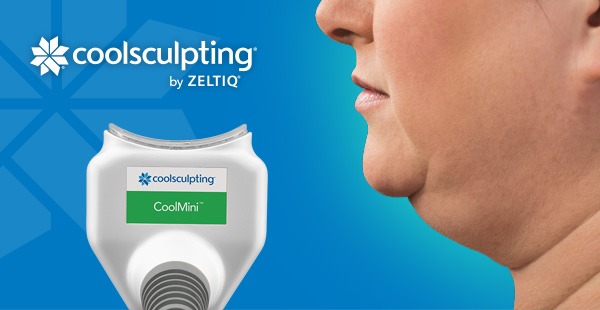